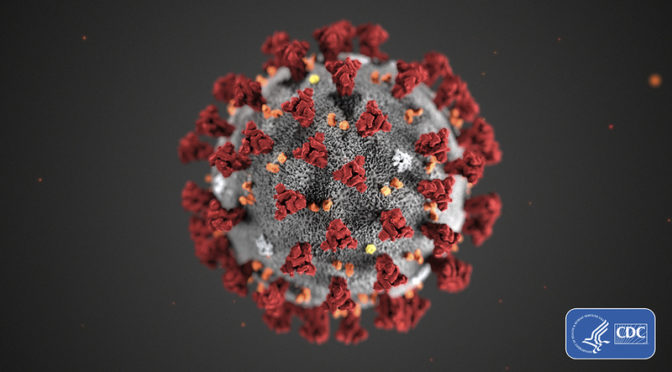 Last night the Austrian government announced new radical measures in response to the rising number of cases of COVID-19. All schools and universities had already been shut, the borders are closing and in the next couple of days, all but essential services will be shut down. In addition, the government is calling up those eligible for military service and deploying the police into the streets of cities and towns to ensure that the residents only leave their houses to shop for groceries or attend to urgent activities that cannot be done at home. Failure to comply with these rules can result in a fine of thousands of Euros.

I live in Vienna and I am keenly aware that I am lucky to be living in a place where the government is taking this epidemic so seriously and in a place with a functioning public health care system (although one that is predicted to be overloaded by the end of the month if the numbers keeps rising as expected). But I am also aware that we are now living in something close to a state of emergency, under a largely conservative nationalist, anti-immigration government who I don’t really trust at the best of times.

As news of border closures, industry shut-downs and grounding of planes is released, I keep seeing the same questions being raised by environmental researchers on my social media feeds: why isn’t climate change treated with the same urgency as COVID-19? Why, they ask, does climate change not get the same attention from the media? Why are governments – so ready to incur enormous economic costs in the face of coronavirus – not willing to do the same in the face of climate change?

While I understand this call to attend to the urgency of climate change at this moment, government responses and media reporting on this virus should be, if anything, teaching us the danger of treating complex global problems in the ways we are treating COVID-19.

First, the reporting on COVID-19 has driven people around the world into a state of panic. While some have argued that we ought to be panicking about climate change, the panic response to COVID-19 has been, in many ways, counterproductive. The mad rush on medical masks and gloves, the stockpiling of food and toilet paper is a rational individual response to this panic that puts the broader community in greater jeopardy (by limiting the available medical supplies for those who need them) and exposes those who are already vulnerable (who cannot afford to stock-pile or compete with crowds for toilet paper) to greater risk. While panicking individuals stockpiling toilet-paper is one thing, panicking nations, bickering over who gets to use the vaccine, is something altogether more terrifying.

Second, panic, all too often, becomes a justification for racism and xenophobia, both by individuals and by governments. Matteo Salvini, the former interior minister of Italy, was quick to take advantage of the crisis to promote his anti-immigrant policies saying, “Allowing the migrants to land from Africa, where the presence of the virus was confirmed, is irresponsible” (despite the total lack of any evidence that the disease entered Italy from Africa). Trump has done little more than blame the virus on foreigners and the US took an irrational swipe at Europe’s open borders by initially imposing a travel ban on Schengen nations. Orban too has used the virus to limit immigration to Hungary. Closed borders should not make anyone feel safe, especially as the WHO has advised against border closures, stating that they will likely hinder efforts to defeat CORVID-19 by blocking the movement of aid and technical support.

Third, voluntary and imposed restrictions on economic activities have had particularly devastating impacts on those in precarious work conditions and on informal workers. While a radical restriction on flying and consumption might be seen as necessary for both addressing COVID-19 and climate change, this crisis reveals the enormous and devastating impact this has on the livelihoods of hundreds of thousands of people.

Addressing complex global problems, like COVID-19 and climate change, does not require panic. It requires functioning social support systems and good social infrastructure. It requires that people have access to sanitation, housing and health care. It requires international cooperation and systematic regulation that minimises the impacts on vulnerable individuals and groups. Instead of demanding that we respond to climate change like we are responding to COVID-19, we should be learning about the cost of panic, and the ways in which crisis can be used against us.

The GNHRE encourages members to submit blog posts and other materials to the community page. The views expressed represent the views of the authors and are not necessarily the views of GNHRE or its other members.