A few Remarks on Unsuccessful Cases against Airport Expansions in Europe

In recent years, national courts in Europe have dismissed climate change arguments against the expansion of airports in London, Vienna, and Prague. What were the reasons for the courts’ decisions and is there any room for future successful lawsuits? In this blog post, I answer this question by examining the reasoning of the courts and proposing other views based on current approaches in climate change law and existing case law.

The development of a third runway at Heathrow Airport in South East England was supported in the Airport National Policy Statement (ANPS) designated by the Secretary of State for Transport in 2018 under the Planning Act. The ANPS was challenged based on its alleged failure to take into account the Paris Agreement ratified by the United Kingdom (UK) in 2016. The Court of Appeal held that the ANPS was unlawful; however, this decision was overturned in December 2020 by the UK Supreme Court (R (on the application of Friends of the Earth Ltd and others) v Heathrow Airport Ltd [2020] UKSC 52).

The Court of Appeal argued ([2020] EWCA Civ 214) that the Paris Agreement constitutes “Government policy”, which, according to the Planning Act and the Directive 2001/42/EC on the assessment of the effects of certain plans and programmes on the environment (SEA Directive), the Secretary of State was obliged to consider when designating the ANPS. As the Secretary of State failed to explain how the Paris Agreement was taken into account, the ANPS was concluded unlawful. The Court of Appeal also stated that scientific uncertainty was not a reason for not addressing the post-2050 emissions.

The Supreme Court overturned this decision on several grounds. First, the term “Government policy” should be seen in a narrower sense, as a policy that “has been cleared by the relevant departments on a government-wide basis” (105). Otherwise, the civil servants and ministers would have to consider all possible statements and documents. Therefore, the inclusion of the Climate Change Act 2008 was sufficient. However, the UK Climate Change Act 2008 committed the UK to reduce its greenhouse gas emissions by 2050 only by 80 per cent, compared to 1990 levels, while the Paris Agreement talks about carbon neutrality in the second half of this century. Regarding the SEA Directive, the Supreme Court stated that including the Paris Agreement could lead to providing too much detail and disabling effective public consultation, so again the inclusion of the Climate Change Act 2008 was satisfactory. For the post-2050 emissions, the Supreme Court argued that the Secretary of State did not act irrationally in deciding not to assess these emissions, because the UK’s policy regarding post-2050 emissions was only under development at that time.

A similar situation faced the plan for the third runway at Vienna-Schwechat airport approved by the Lower Austrian government. Austria’s Federal Administrative Court ruled against this expansion in February 2017 (W109 2000179-1/291E). However, this decision was overturned by the Austrian Constitutional Court later that year (E 886/2017). The Federal Administrative Court had concluded that the third runway would increase Austria’s annual CO2 emissions by between 1.79 and 2.02 % by 2025, which is contrary to Austria’s target to reduce transport emissions by 2.25 % by 2020.

According to the Constitutional Court, the Federal Administrative Court made several errors in its decision. First, only emissions from take-off and landing should be considered. Second, the Kyoto Protocol and the Paris Agreement do not have direct effect and the Kyoto Protocol does not include international aviation. Moreover, the Climate Protection Act establishing the target for transport emissions reduction implements relevant European Union (EU) legislation that does not apply to international aviation and the EU ETS applies only to aircraft operators, not to airports.

The plan for a new runway at Prague Airport (Václav Havel Airport) was also challenged (54 A68/2019- 123). In June 2020, the Prague Regional Court granted the motion to annul the Principles of Territorial Development of the Central Bohemian Region in the part defining the area for the new parallel runway. The main reason for the annulment was the omission of some significant sources of noise. In the supplementary submission, the petitioners stated that the principles of territorial development undermine the objectives of the Paris Agreement, as the expansion of the airport would create additional indirect emissions. The Prague Regional Court rejected this point on procedural grounds but decided to comment on it.

The Court considered that the state’s commitment to a gradual reduction of emissions could not be invoked in any activity related to air traffic; all the more so given that the contracting authority of the principles of territorial development is not the state itself, i.e. an entity bound by the international treaty, but a local self-governing authority that is not bound by any (national) law to fulfil the state’s obligation under an international treaty. [1]

With reference to the Heathrow case, the Prague Regional Court stated that the ANPS is a national plan prepared by the ministry, therefore more similar to the Czech national land-use policy, which was not challenged in the Czech case. The Prague Regional Court adopted the reasoning of the Austrian Constitutional Court by saying that the Paris Agreement is not directly binding upon the self-governing authority and that, when assessing the expansion of the airport, only the emissions from take-off and landing could be taken into account.

As for the argument that the self-governing authority is not bound by the Paris Agreement, we could naturally think about challenging governmental plans, such as the Czech national land-use policy. However, according to the Czech legislation and case law, judicial review of the national land-use policy is not possible as the regions are not obliged to incorporate all the individual intentions from the national plan into their plans. The judicial defence against individual intentions included in the national plan (such as airports) is possible only within the defence against principles of the territorial development of regions. Taking this into account, the decision of the Prague Regional Court means that there is no possibility to review whether the individual intentions comply with the Paris Agreement and international treaties in general.  The impossibility to challenge the compatibility of individual intentions with international obligations could be conflicting with the right to a fair trial. As the European Court of Human Rights stated in its decision in case Andersson and Others v. Sweden (Decision of the ECHR from 25 of September 2014, No. 29878/09), the fact that the applicants were not able, at any time of the domestic proceedings, to obtain a full judicial review of the authorities’ decision mean that there has been a violation of Article 6 § 1 of the European Convention of Human Rights.

The argument on the applicability of the relevant international or implemented EU laws to international aviation could be overcome by following. First, it may be possible to challenge regional or local plans taking into account local climate targets or national climate targets or other provisions that address climate change, sustainability, and human rights. Second, the emissions from take-off and landing should be considered in a local context. Third, additional indirect emissions could be addressed. In addition, emissions from domestic aviation come under states’ contributions under the Paris Agreement and they are about 35 % of the current total from aviation.

The decision of the UK Supreme Court turned on the question of whether to take the Paris Agreement into account. The Paris Agreement is an international treaty ratified by 189 parties and is binding for them. It seems problematic to call it “any ministerial statement” and its inclusion as “irrelevant or unfocused information”. Regarding the post-2050 emissions, the approach of the UK Court of Appeal seems to be quite appropriate. The precautionary principle is well established and must be applied; it is essential to avoid situations where regulatory or decision-making actions are postponed because threads are uncertain. Moreover, the post-2050 emissions are addressed in the Paris Agreement.

It is also necessary to see aviation in a broader context: the trend in the EU is to use trains for shorter distances, the meetings are moving online during the Covid-19 crisis and the impact of this crisis on aviation is still not clear. Also, the climate crisis is an urgent problem and we must step up our efforts.  Therefore, the obligations of states should not be approached formalistically, and it is essential to assess the government policies and plans substantively. Moreover, although international aviation emissions are regulated by the International Civil Aviation Organization, the parties to the Paris Agreement are still required to meet its goals. Therefore, it may be necessary that other sectors make additional emissions reductions if the international aviation emissions are not decreasing sufficiently.

In conclusion, the UK Court of Appeal and the Austrian Federal Administrative Court accepted the arguments against the expansions. However, these arguments were found to be erroneous by higher courts: the UK Supreme Court and the Austrian Constitutional Court. The Prague Regional Court adopted the same view as the Austrian Constitutional Court and partly also as the UK Court of Appeal. Unfortunately, the Prague Regional Court has not addressed how individual intentions’ compatibility with State’s obligations under international law could be reviewed. Also, some other arguments in favour of expansions seem to be not entirely convincing at a time of urgent climate crisis. It is necessary to be more innovative and not overly formalistic.

[1] This case will be still considered by the Czech Supreme Administrative Court. 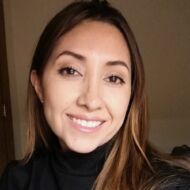