On September 22, 2022, the U.N. Human Rights Committee issued a landmark decision in  Daniel Billy and others v Australia (Torres Strait Islanders Petition) finding that Australia has violated the rights of the Indigenous residents of the Torres Strait Islands under the International Covenant of Civil and Political Rights by failing to protect them from the impacts of climate change (CCPR/C/135/D/3624/2019). The Committee held that Australia’s failure to “discharge its positive obligation to implement adequate adaptation measures” violated the rights of the petitioners (here called the “authors”) to be free of arbitrary interference in their home, private life, and family under article 17 of the Covenant. (Para. 8.12). It further held that Australia’s failure “to adopt timely adequate adaptation measures to protect the authors’ collective ability to maintain their traditional way of life, to transmit to their children and future generations their culture and traditions and use of land and sea resources” violated their rights  under article 19. (Para. 8.14).

The Communication (No. 3624/2019) was brought on behalf of themselves and some of their children by 8 Indigenous residents of the Torres Strait Islands, an archipelago just north of the northern tip of mainland Australia. The Islands have been inhabited since present day Papua New Guinea and the Australian landmass were attached by a land bridge. The authors of the Communication are from several of the low-lying islands and the information they provided showed how the impacts of climate change – including storm surges and sea level rise – “affects [their] way of life everyday.” But while the effects of climate change have impaired their safety and dignity, they are not seeking to move; rather, they want the Australian government to work with them to find ways to protect their way of life in the Strait. And that is what they got. (For more background on the case and a detailed timeline, see https://blogs.law.columbia.edu/climatechange/2022/09/27/u-n-human-rights-committee-finds-that-australia-is-violating-human-rights-obligations-towards-torres-strait-islanders-for-climate-inaction/).

This post will summarize what the Committee did and will explain the significance of what it did not do (yet).

In so doing, the Committee accepted several important principles of law. First was the matter of state responsibility. Australia had argued that it could not be held individually responsible for the effects of climate change because “[a]s a legal matter, it is not possible to trace causal links between the State party’s contribution to climate change, its efforts to address climate change, and the alleged effects of climate change on the enjoyment of the authors’ rights,” citing international law from the first decade of the twenty-first century. (Para. 4.3). The Committee was unmoved, noting that under Article 17, “States parties must prevent interference with a person’s privacy, family or home that arises from conduct not attributable to the State, at least where such interference is foreseeable and serious.” (citing General comment no. 16 on article 17 (1988), paras. 1 and 9. (emphasis added). “Thus,” the Committee continued, “when environmental damage threatens disruption to privacy, family and the home, States parties must prevent serious interference with the privacy, family and home of individuals under their jurisdiction.” (Para. 8.9). As Sophie Marjanac, lead lawyer for Client Earth who represented the Islanders, said, states may “no longer hide behind the myth that climate change is a collective problem and that they are free of legal obligation.”

Second, and relatedly, the Committee did not hesitate to find that the obligations imposed on states under article 17 to protect against arbitrary infringements of family life and privacy and under article 27 to protect the culture and religion of minority groups are positive obligations: doing nothing or (as in this case) doing not enough may still constitute a violation of international law. (See also para. 7.7).

Third, several aspects of the remedy are worth noting. The Committee requires Australia to “make full reparation to individuals whose Covenant rights have been violated” including “adequate compensation, to the authors for the harm that they have suffered.” (para. 11). How that harm will be calculated is yet unknown; as Maria Antonia Tigre has noted, the “Committee’s request for compensation of the claimants further develops the concept of loss and damage, something that is often neglected in Australian – and Global North countries in general – climate discourse.” In any event, it is likely that the Committee will want to ensure that reparation is “full” when it reviews Australia’s progress. The Committee also requires the government of Australia to “engage in meaningful consultations with the [affected] communities in order to conduct needs assessments; continue its implementation of measures necessary to secure the communities’ continued safe existence on their respective islands; and monitor and review the effectiveness of the measures implemented and resolve any deficiencies as soon as practicable.” Additionally, the Committee imposed upon the state the “obligation to take steps to prevent similar violations in the future.” (Para. 11). These are broad and ambitious requirements and while there is no actual enforcement mechanism, the requirement (formulated as a wish (para. 12)) that Australia provide evidence of its compliance within the relatively short time frame of 180 days is likely to impel action by the Australian government (which has already provided some indication that it is taking the Committee’s action seriously).

While the Committee’s decision represents major strides forward in the recognition of the human rights impacts of climate change, it left unresolved a few very important questions, to be addressed, one hopes, in the next cases.

The Committee’s finding that the information in the Communication did not support the conclusion “that the adaptation measures taken by the State party would be insufficient so as to represent a direct threat to the authors’ right to life with dignity” (para. 8.7) is at once disappointing and heartening. It is disappointing because it rests on the Committee’s wishful thinking that Australia will be able to take measures to protect the Islanders from the worsening impacts of climate change within the 10-15 years that the inhabitants estimate it will take for their islands to become absolutely uninhabitable. (Id.) That is a low bar in a high stakes game, and there is no particular reason to believe that Australia will stem the tide of climate change in that time – given past practice. (Indeed, the Committee noted that, far from mitigating climate change, Australia’s actions over the last 30 years have exacerbated it. (See para. 2.8, stating that Australia’s greenhouse gas emissions increased “30.72% between 1990 and 2016” and that it “ranked 43rd out of 45 developed countries in reducing its greenhouse gas emissions during that period.”). The current Australian government’s assertion that it will “[engage] in good faith with the human rights committee in relation to any complaint received” and that “[it] is considering the committee’s views and will provide its response in due course” does not provide a firm basis for confidence that uninhabitability will be averted.

But while the Committee’s assessment as a matter of fact may not give much solace to the Islanders, its assessment as a matter of law may provide a stronger basis for relief in future cases. The Committee here rejected Australia’s narrow reading of Art. 6 that would have either limited its scope to exclude protection from the impacts of climate change or limited its effect to a mere policy objective. (Paras. 4.8, 4.9). Rather, the Committee followed and expanded upon its substantive reading of the Convention’s protection of the right to life in Article 6 as a right to live with dignity: “The Committee also recalls its general comment No. 36 (2018) on the right to life, in which it established that the right to life also includes the right of individuals to enjoy a life with dignity and to be free from acts or omissions that would cause their unnatural or premature death (para. 3).” (Para. 8.3). Insisting on the legality of its expansive reading of the right to life, the Committee explained:

The preamble of the Covenant initially recognizes that the inherent dignity and of the equal and inalienable rights of all members of the human family is the foundation of freedom, justice and peace in the world, and further recognizes that those rights derive from the inherent dignity of the human person. … [T]he preamble of the present Covenant recognizes that the ideal of free human beings enjoying freedom from fear and want can only be achieved if conditions are created whereby everyone may enjoy their civil and political rights, as well as their economic, social and cultural rights (para. 8.4).

This broad sweep of the right to life imposes on states a commensurate obligation: “States parties should take all appropriate measures to address the general conditions in society that may give rise to direct threats to the right to life or prevent individuals from enjoying their right to life with dignity” (para. 8.3).

This follows the Committee’s 2020 decision in Teitiota v. New Zealand, CCPR/C/127/D/2728/2016, where the Committee had also recognized that the Convention’s protection of the right to life is the right to live with dignity, which includes living in a healthful environment: “The Committee considers that such threats may include adverse climate change impacts, and recalls that environmental degradation, climate change and unsustainable development constitute some of the most pressing and serious threats to the ability of present and future generations to enjoy the right to life” (Para. 8.3).

This is important because it manifests the Committee’s recognition of the integration and interdependence of rights, and their ultimate indivisibility.

Yet, the Committee ultimately rejected the Islanders’ claim that Australia had violated their right to live with dignity, finding that they had “not indicated that they have faced or presently face adverse impacts to their own health or a real and reasonably foreseeable risk of being exposed to a situation of physical endangerment or extreme precarity that could threaten their right to life, including their right to a life with dignity” (para. 8.6) and that “robust national and international efforts” (id.) could avoid the harms that would constitute violations of article 6. While this is a loss for the Islanders, it constitutes a roadmap for future petitioners.

And despite the failure of the article 6 claim, the Committee’s finding that Australia had violated articles 17 and 27 of the Covenant was sufficient to support a robust remedial order that is likely to goad the Australian government (and perhaps others) to take measures necessary to protect people living in vulnerable situations from the harshest impacts of climate change. Beyond producing change on its own, this is a landmark decision that is likely to be the foundation for holding governments accountable for failure to adapt, and even mitigate, climate change in the near future. 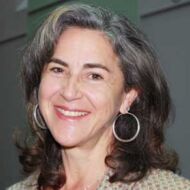 Erin Daly is Professor of Law at Delaware Law School in the United States, where she directs the Dignity Rights Clinic. She is the Immediate Past Director of the Global Network for Human Rights and the Environment. She is the author of Dignity Rights: Courts, Constitutions, and the Worth of the Human Person (2013) (with a foreword by Aharon Barak), a comparative analysis of the global jurisprudence of the right to human dignity and the co-author, with James R. May, of the first casebook on Dignity Law: Global Recognition, Cases, and Perspectives. With Jimmy May, she has written extensively on environmental constitutionalism, including Global Environmental Constitutionalism (2015), Implementing Environmental Constitutionalism(2018), the Encyclopedia of Human Rights and the Environment: Indivisibility, Dignity, Legality, Geography (2019), and Environmental Rights and Defenders (2022), part of a series of publications used in UN Environment judicial workshops worldwide. She is Executive Director of Dignity Rights International, which advances the human right to dignity throughout the world through education, advocacy, and consultation. Her first book, Reconciliation in Divided Societies: Finding Common Ground (2006), co-authored with South African scholar Jeremy Sarkin and with an Introduction by Archbishop Desmond Tutu, considered transitional and transformative justice after political upheaval. She serves as the US National Correspondent for the Centre international de droit comparé de l’environnement (CIDCE) and is a member of the Normandy Chair for Peace and the Global Pandemic Network.