It was late 2005, somewhere in Johannesburg’s leafy, northern suburbs. Grant and his wife were treating my fiancé and I to a Sunday brunch. Their two young sons buzzed around us as Grant emerged from his untidy study holding an inch-thick, A4 report. With a marriage on the cards and the burning desire to start a family of my own soon, burying myself in dry-looking grey literature was not top of my to-do list. But I held out my hand, too polite to refuse. He handed over the final report of the Mining, Mineral and Sustainable Development Project, a mini-tome titled Breaking New Ground.

Years passed. Marriage, children, a PhD. Breaking New Ground silently gathered dust in my own study. I worked hard teaching and writing about mining and environmental law at the University of the Witwatersrand. I began to reach out to activists. Sometime in 2008, I met Mariette Liefferink, a platinum-blonde Afrikaans lady in her fifties, partial to tottering around Johannesburg’s mine dumps in a scarlet kimono and stilettos. Mariette had founded the Federation for a Sustainable Environment to raise awareness about the cascading negative impacts of mining on impoverished communities, laying bare the uncomfortable truths behind Jozi Gold. 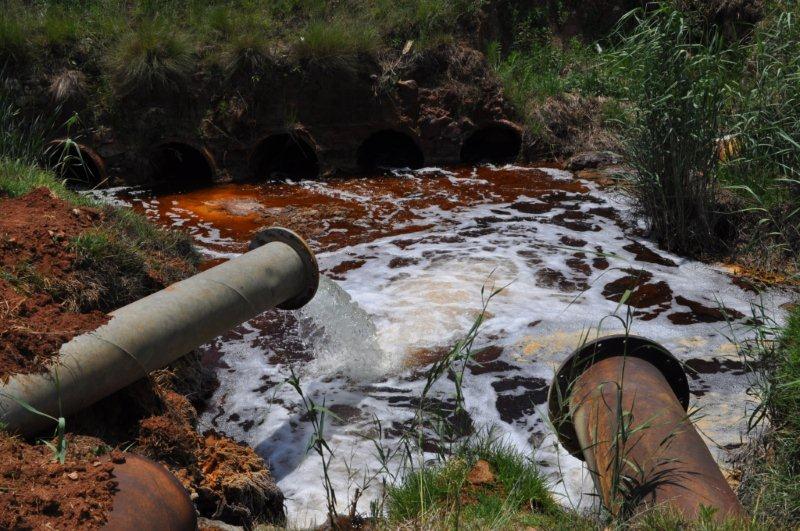 Seven-months pregnant with my second child, I accompanied Mariette on a “toxic tour” of Johannesburg’s West Rand, home to a number of dying gold mines. Eyes wide, I clutched my pregnant belly as Mariette pointed out the landmarks of largely uncontrolled acid mine drainage decant, and introduced me to members of a community living atop uranium-laced gold mining tailings. There were more than a couple signs bearing the international radiation symbol. Arriving home, I frantically tried to calculate the sieverts my unborn daughter had been exposed to, the human rights violations the people who were living on the doorstep of the mines a cacophony in my head.

On 16 August 2012, the Marikana massacre unfolded in South Africa when members of the South African Police Services opened fire on striking platinum mine workers. Linking this event to other intractable legacy issues facing the South African mining industry – the acid mine drainage scourge and the silicosis pandemic amongst former mine workers – I presented a paper on the need for a mining truth and reconciliation process at the 2013 World Mining Congress in Montreal. My voice was heard, but on the margins. The bigger, brighter refrain, reflected in the colourful glass panels and endless escalators of the Montreal Convention Centre, remained: Mining is good for development.

A few months later I stood outside a different Convention Centre, in Cape Town’s Long Street. It was the 2014 International Mining Indaba and I was part of street march convened by the organizers of the Alternative Mining Indaba, which always meets at the same time. Standing in the middle of Long Street, the battle lines seemed to be drawn: On the one side, outraged, furious and frustrated activists; on the other, well-dressed mining executives and their supporters, watching from behind glass doors with a mixture of irritation, indifference, and bemused concern. What a chasm lies between the world views of these protagonists, I thought. Will a meeting of minds ever be possible? I knew that the time had finally come to read Breaking New Ground.

These are just a few of the landmark moments that shaped my first monograph State Governance of Mining, Development and Sustainability, published by Edward Elgar in November 2019: The product of a five-year research journey into the languages we speak about mining, development and sustainability, and their translation into legal and economic concepts and rules.

The tension that sustains this book is the contention and ambiguity that characterizes the relationship between largescale mining and development, marvelously captured by Anthony Bebbington et al. in 2008:

Contentious’ because mining has so often delivered adverse social, environmental and economic effects for the many, but significant gains only for the few; ‘ambigu­ous’ because of the abiding sense, among local populations as much as development professionals, that just maybe mining could contribute much more. In the coex­istence of such divergent feelings about mining and its human and environmental impacts lie the seeds of much conflict.

This conflict persists notwithstanding a concerted and apparently well-inten­tioned effort on the part of the mining industry to come clean on sustainable development by commissioning the MMSD and publishing Breaking New Ground. By the late 1990s, a number of converging negative trends were exposing mining companies to growing reputational risk, threatening market acceptance of their products and placing their social licence to operate at risk. The MMSD project marked a symbolic turning point in the sector’s engagement with broader debates on development and sustainability and inspired a neoliberal, mainstream discourse on the mining industry’s sustainable development potential. Building on the World Bank’s earlier advocacy on private investment in mining, advocates of the sustainable mineral development consensus claimed that sustainable development could transform mining industry practices, and that mining could catalyze development that leads to poverty alleviation.  Environmental and social impacts could be managed through private investment in technology and comprehensive State regulation.

The ideology of the sustainable mineral development consensus has extended far and wide, facilitated by the establishment of the International Council of Mining and Metals and the Intergovernmental Forum on Mining, Minerals, Metals and Sustainable Development; the advice and standards of international financial institutions; the leadership of national mining associations and major multinational mining companies; and the work of innumerable engineering, legal and accounting professionals and consultants and pro-mining research groups. Debates on the mining sector’s relationship to the Sustainable Development Goals show that the consensus is alive and well. The underlying claims of the consensus have grounded extensive policy development and mining code “reforms”, especially in mineral-rich developing nations.

But as mining has expanded into new frontiers over the past twenty-five years it has been met with increasing resistance from indigenous peoples, human rights advocates, environmental activists, and feminists. Rather than leading to development, critics claim that mining’s extractivist practices position developing countries on the periphery of global systems of production, dehumanize people and destroy the environment. Eduardo Gudynas and others have further distinguished between the extractivism associated with a neo-liberal private-sector led model of development, and a newer brand of neo-extractivism that holds sway in progressive left-leaning states. Although resting on a different model of State involvement, neo-extractivism continues to externalize social and environmental costs.

No wonder the lines in Long Street were so clearly drawn.

State Governance of Mining, Development and Sustainability takes a different approach. Using the theoretical lens of Karl Polanyi’s “double movement” set out in his 1944 work The Great Transformation, the book argues that it is the tension itself – the push for, and the push back against mining – that holds an unsustainable system of global mining production in place. The double movement is felt most strongly through the State mechanism as it seeks to vigorously promote mining, while simultaneously attempting to protect society from its worse effects.

Polanyi’s ideas about the double movement are nested in his understanding of market society: A way of life in which an increasing array of social relations is subjected to the demands of the market. In the process, land, labour and money are commoditized, with deleterious and far-reaching social effects. Polanyi’s ideas ring true for our time and for the policy and legal reforms in the mining sector over the last twenty-five years which have constructed a global marketplace for prospecting and mining rights. But not for the closure liabilities down the line.

Secondly, in Chapters Four through Seven it shows how different mining narratives are woven into patterns of policies and rules relating to mining property, taxation, environmental impact assessment and mine closure respectively. The patterned set of rules in each technical area is associated with distinct State roles that give effect to the double movement, illustrated with examples drawn from a global comparative analysis of the policies and laws of many mineral-rich jurisdictions.

Chapter Eight moves from understanding the current reality to imagining the future, venturing thoughts on re-positioning mining within a post-extractivist frame that draws on transition discourses such as degrowth, Buen Vivre and Pope Francis’ Laudato Sí.

The night after I sent the final manuscript of State Governance of Mining, Development and Sustainability to my (very patient) publisher, I dreamt I had given birth to the tiniest baby, which I then proceeded to put in my pencil case! Driving to work that morning I laughed at the wonder of the unconscious and felt satisfied that I had responded well to that 2005 invitation: The day my friend offered me a copy of Breaking New Ground.

PS: A MOOC based on the taxation chapter in State Governance of Mining, Development and Sustainability is available on the edX platform as Mining for Development: The Taxation Linkage. The five-week course walks students through the key taxation policy choices the fictional developing-island State of Mawedor makes over a twenty-year period as it seeks to capitalize on its germanium mineral endowment. Students will encounter colorful characters in government, the mining sector and the NGO-community as the learn about the implications of different mining taxation choices and alternatives that could give developing States a better deal.